Last weekend, Saturday night was rugby night! The pride of New Zealand, the national rugby team All Blacks, was playing against the national team of Australia, the Wallabies. And they won the game easily, Wallabies didn't score at all actually.

It was cool to finally get to see a rugby game since everyone is so obsessed about it over here. But it's hard when you don't know all the rules. It felt like such a random sport and it was real intense but still quite slow. I think it's better on TV actually because then you get close up pictures and it's easier to follow the game. The audience was also REALLY BORING, which is something I've never experienced in an arena before. No one was cheering and I couldn't stop wondering why?

But still, it was a great evening. All of us continued the night on a bar in town. We wanted to head to another bar but realised pretty soon that, hey we won't get in anywhere with this make up and rugby shirts, haha! One drunk girl told me, ”nice whiskers” and her friend told her ”it's All Blacks make up….”. 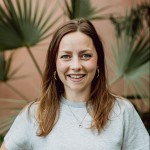 END_OF_DOCUMENT_TOKEN_TO_BE_REPLACED

This website uses cookies to improve your experience while you navigate through the website. Out of these, the cookies that are categorized as necessary are stored on your browser as they are essential for the working of basic functionalities of the website. We also use third-party cookies that help us analyze and understand how you use this website. These cookies will be stored in your browser only with your consent. You also have the option to opt-out of these cookies. But opting out of some of these cookies may affect your browsing experience.
Necessary Alltid aktiverad
Necessary cookies are absolutely essential for the website to function properly. This category only includes cookies that ensures basic functionalities and security features of the website. These cookies do not store any personal information.
Non-necessary
Any cookies that may not be particularly necessary for the website to function and is used specifically to collect user personal data via analytics, ads, other embedded contents are termed as non-necessary cookies. It is mandatory to procure user consent prior to running these cookies on your website.
SPARA OCH ACCEPTERA